WELCOME to the London Majors' Alumni Association pages on the Majors'  website. Please check out all the other Alumni tabs in the drop-box. If you have any photographs, newspaper clippings or memories related to London Majors' team history that you are willing to share, please contact Majors' Alumni Chairperson Barry Boughner at E-MAIL ~ bougie7ATrogers.com CELL ~ 519.777.1337.

WHEN AND WHERE: (Father's Day) Sunday, June 16, 2019 at 1:05 pm at Labatt Park. London will be hosting the five-time Defending Champion Barrie Baycats. 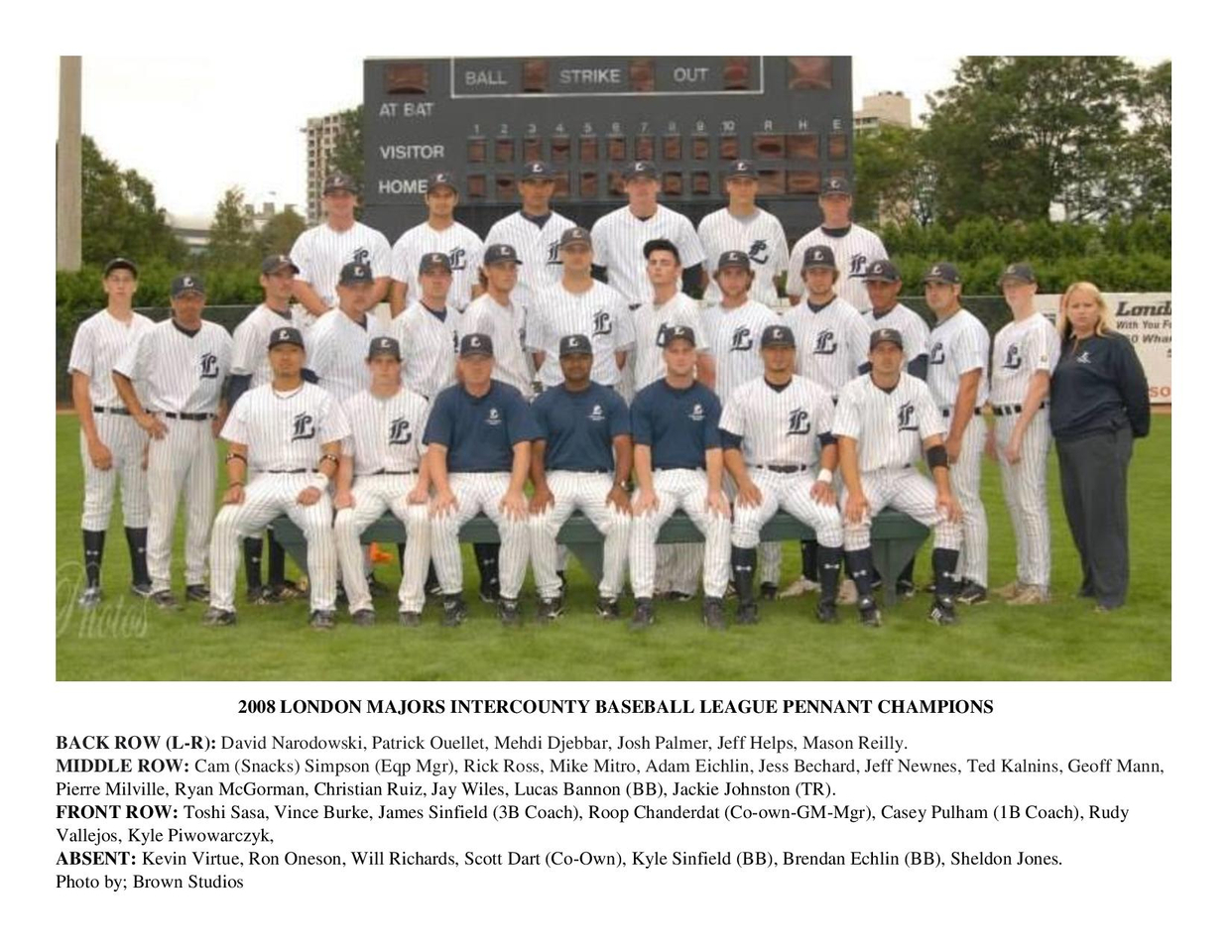 The London Majors' Alumni Association will be honouring the 2008 London Majors Baseball Club, winners of the IBL Pennant and John Coppes Memorial Trophy (finished first in the regular season standings) with a win-loss record of 27-9, a winning percentage of .750. It was London's first IBL Pennant since 1988.

In the best-of-seven-game championship series with the Brantford Red Sox, however, Brantford defeated London four games to three, with London losing Game 7 at Labatt Park 8-2 before a sold-out crowd of 5,200.

1. The Roy McKay Clubhouse will be open to the public to view historical baseball displays.

* Matt Gooding and John Faragher will also be added to the London Majors' list of best London Majors of all time (creating a list of 34 players).

Commemorating the 50th Anniversary of the 1969 London Pontiacs, Sr. IBL Pennant Winners & IBL Champions (a team which belongs in the London Sports Hall of Fame)

London Majors' Alumni Day at Labatt Park on Saturday, July 22, 2017 featured an on-field appearance by the London-born-and-raised San Diego Chicken (Ted Giannoulas) and historical baseball displays in the Roy McKay Clubhouse, prior to the IBL game between the London Majors and the Brantford Red Sox.

The highlight of the Spring of 2017 was tracking down Stan (Tubby) Jones. As you can see from this outstanding photograph, we found Stan Jones, 94, the starting catcher for the 1943 London Army Team, winners of the Senior IBL title, the OBA Senior 'A' title and the Canadian Baseball Congress Championship. Shortly after winning these three prestigious Canadian baseball trophies, Stan shipped out to Europe during WW2.

Stan Jones attended Majors' Alumni Day at Labatt Park on Saturday, July 22 and brought 19 family members from across Ontario to partake in the festivities and meet the famous San Diego Chicken, Ted Giannoulas, a native Londoner, who worked changing Labatt Park's old manual scoreboard for 25 cents a game in 1965, 1966 and 1967 when the IBL's London Pontiacs played at home. 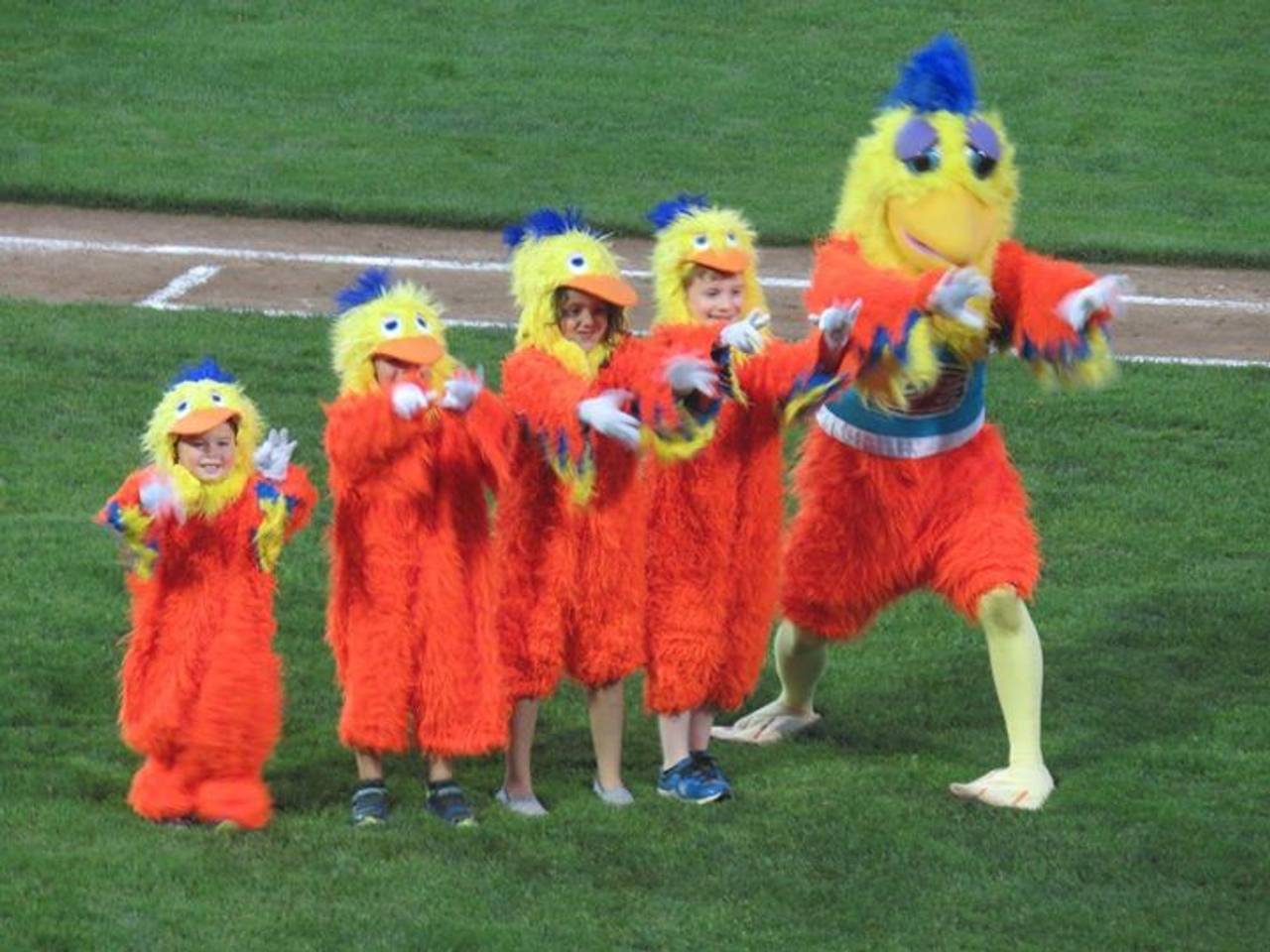